You are here: About LAMSA > What is LAMSA 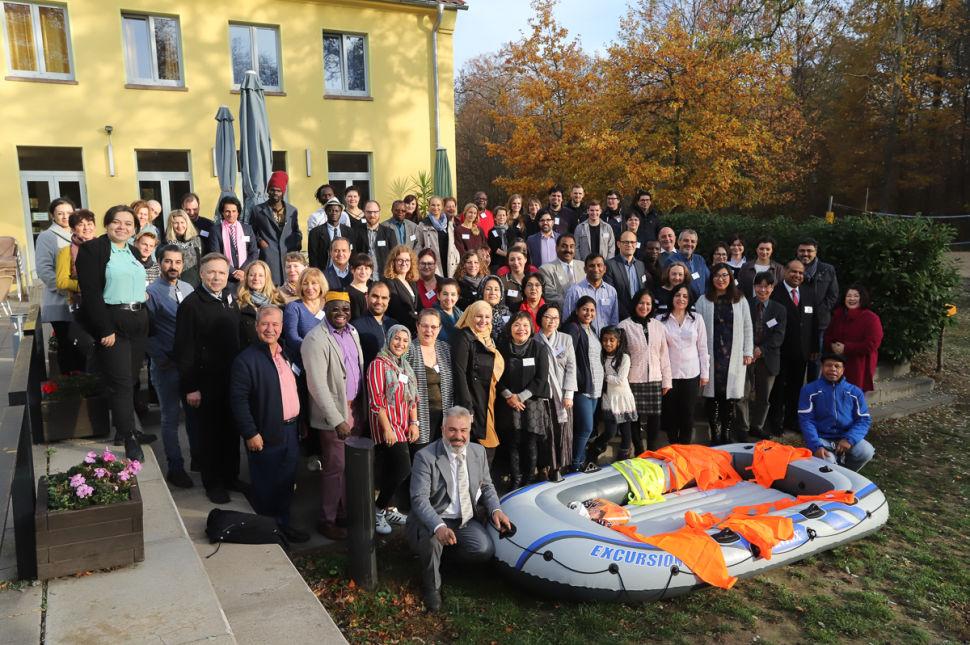 Migrant organisations in Saxony-Anhalt were registered on 15 November 2008 in Dessau-Roßlau in a "Landesnetzwerk Migrantenorganisationen Sachsen-Anhalt”.

The purely honorary network, initially with 40 member organisations, grew rapidly and became more professional. Today, LAMSA comprises approx. 110 member organisations and supporting members. As the umbrella organisation of migrant organisations, LAMSA brings together people from different backgrounds, origins, cultural imprints, as well as religious affiliations; thus, it represents a unit of diversity. The association’s head office and administration are in Halle, with other offices in Halle, the capital of the region, Magdeburg, and in Dessau-Rosslau.

LAMSA represents the political, economic, social, and cultural interests of people with a migration background, and it sees itself as their advocate in state policy and all organisations relevant to migration policy on a state and national level. The equal participation of all people with a migration background in social life is LAMSA’s overriding goal; a society free from prejudices and discrimination is the underlying vision.

LAMSA initiates and implements projects in the areas of intercultural education and counselling, vocational training and the labour market, democracy and participation, voluntary work, and public welfare. Currently, 15 projects are being implemented by 44 paid staff employees and over 500 volunteers. They are mainly supported by public grants such as state, federal, and European funds.